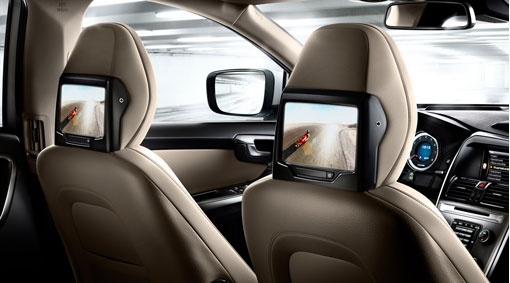 The system requires the car to be equipped with High Performance with DVD or Premium Sound audio systems.